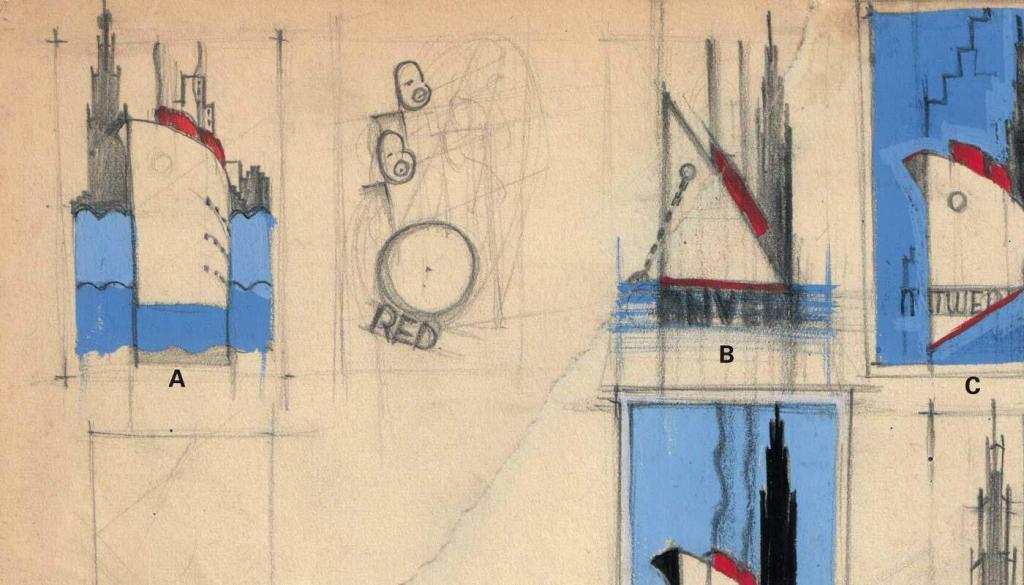 Heroes
Back to overview

An unknown to many, but famous Belgian artist

Lucien de Roeck (1915-2002) who was a Belgian graphic artist, typographer, draughtsman and poster designer was an incredibly talented artist. But besides his artistic capabilities, he was and still is, an unknown artist to many. For me, he has been a great inspiration and therefor I would like to tell more about who this artist exactly was and what his influence on my work has been.

I myself am still a big fan of this man’s work which I got to know through my interest in the designs of the Belgian Futuristic World Exhibition Expo 58. Because of de Roeck’s designs which portray nothing but passion for the extremely precise interplay of lines, the pared down drawing style, the chosen colors and the power of imagination, it made me one of his biggest fans and admirers. Therefor I would like to pay a tribute to the man who I unfortunately never got to meet, but he nevertheless changed my view on design and typography.

De Roeck devoted his entire life to typography, drawing and even teaching. Flashback to 1932, when Lucien was barely 17 years old, he enrolled at the “Institut Supérieur des Arts Décoratifs (ISAD)” located in Brussels. The newly enrolled student, turned out to be a frantic worker and an inspired graphic artist. He quickly mastered all the basics of typography, lay-out, posters and brand logo’s. The appeal of Henry Van de Velde and his typography teacher, Joris Minne, probably determined the discipline Lucien imposed on himself throughout his life. As his career developed more on, it took off in school, where his designs of posters for the Oostend-Dover parcel boats and the city of Antwerp will always remain a memory. It was no surprise that he, about ten years later, took charge of the typographic studio at ISAD. His talent and his very personal pedagogical sense will be responsible for the formation of young graphic designers for almost forty years. He has also taught at the Saint-Lucas Pavilion in Antwerp and at the “Haute Ecole Provinciale” of St.-Ghislain.

In 1945, the press took back what was taken from it. It’s freedom. There were newspapers appearing or reappearing. Lucien would be working on the design of several newspapers, sometimes even through the night and at the layout table. He designed the models for the newspaper of the Palais des Beaux-Arts, for “La Lanterne”, “La Cité”, “Phare” and “Le Quotidien”. On behalf of “Pan” Lucien provided the illustrations of the drama section. He was constantly work-hungry and worked incessantly for thirty years; in the evenings at the theater and continued at his work table till the sun would rise. The press never sleeps and begins to roll at dawn.

When the year 1954 hits, De Roeck becomes the laureate in the design competition for the emblem and poster of the Brussels World Fair: The Expo 58. A modern name appropriate for the spirit of that time. The Expo-star becomes a starry sky by its imposing presence. His elegant, asymmetrical and stretched star is still coveted by collectors of his work. Lucien De Roeck, with his inquisitive gaze, always had his pencil and sketchbook in hand. The sketchbooks were pretty much his diary which he updated almost daily. The shelves of his library could just barely carry the weight of the many sketchbooks that were on top. Leafing through them, one can follow closely the life of De Roeck: his journeys, free moments, the ports, his friends with whom he associates, the strangers he had met and all the rest that his eyes have ever captured.

The Schelde, which he considered “his” river, should certainly not be left out. There is already a maritime atmosphere in Dendermonde (which is his place of birth). The great river has always fascinated him as he walked along its banks to the estuary and strolled along the docks of the Port of Antwerp. Because that was so dear to him, he has made hundreds of sketches of the outlines of the thousands ships, ranging from a nutshell to the most majestic parcel boats. Before or even after classes he loved to fill his time with sitting at the Port and just draw. Both summer and winter, amid the cranes and loading bridges. Although Lucien had a big passion about ships, he always stayed ashore. They were his lasting inspiration. Just like Antwerp, the city that has always remained his favorite port to come home to.

The work of Lucien de Roeck